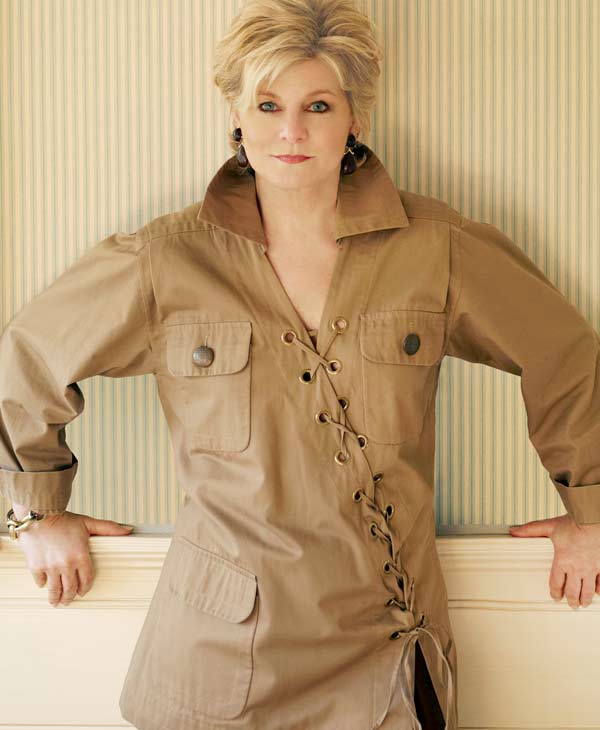 Since opening her business in 1985, Charlotte Moss has designed private residences and executive suites all over the United States and the Caribbean. In addition to designing interiors, Charlotte Moss’s career has included retail stores, celebrated for Charlotte’s unique blend of American, European and Classical influences.

Having launched her career on Wall Street, Charlotte started Charlotte Moss and Company, a decorating business and retail store. Now Charlotte Moss, LLC brings her signature Flair for Living to consumers worldwide with collections available under license. She has designed fabric and trim for Fabricut, carpets and sisals for Stark Carpet, and china for Pickard. Most recently, Charlotte has used her experience culled from thirty years of decorating homes to design a collection of furniture and upholstery with Century Furniture. Charlotte's capsule clothing collection with IBU Movement launched in Fall 2017. IBU Movement is a groundbreaking apparel and accessories brand that partners with women artisans in developing countries around the world who craft every piece by hand. This fall Charlotte will launch a jewelry collection with PE Guerin Hardware based on historical designs in their archive.

Charlotte is a sought-after speaker, lecturing widely on the arts of living. She has written ten books to date. Her most recent title is Charlotte Moss Entertains (Rizzoli, April 2018). In addition to writing books, she frequently contributes to House Beautiful, Flower Magazine and other publications.

Charlotte’s work has been published in shelter magazines worldwide and she has received numerous awards:

The Timeless Design Award, given by the Royal Oak Foundation

Charlotte considers some of her most important work to be her community service and philanthropy. She serves on the Boards of The Thomas Jefferson Foundation at Monticello, The Bone Marrow Foundation, American Corporate Partners, Madoo Conservancy, The Elsie de Wolfe Foundation and the Advisory Board of The New York School of Interior Design, where she received an Honorary Doctorate Degree.